Fibromyalgia is a neurological condition where inappropriate nerve signals produced in the brain cause widespread pain, aching, tingling, burning, throbbing and stabbing pains…

Sufferers experience up to five times the pain of non-sufferers. Sometimes the slightest touch is agony. There are many other symptoms that come along with fibro including chronic fatigue, muscle spasms, blurred vision, ‘brain fog’, IBS, sleep problems, migraines, poor balance, shortness of breath, restless legs, etc.

The cause of fibromyalgia is unknown. It’s believed that people who have this condition process pain differently, and that the way their brains recognise pain signals makes them overly sensitive to touch and other stimuli.

Some people believe fibromyalgia is a new condition, but it’s existed for centuries. The disease can affect anyone, including children, but it’s more common in adults. Women are diagnosed with fibromyalgia more often than men.

There is no cure for fibromyalgia, but medication, some lifestyle changes, and natural remedies can help people manage the symptoms. Research is ongoing, nonetheless, CBD remains a popular choice and there is little doubt that an increasing number of people are turning to CBD oil to help symptoms of fibromyalgia.

The pain-relieving effects of CBD may be explained by the ways that this substance affects the brain. It may interrupt the nerve pathways that send signals of pain between the brain and the body.

The anti-inflammatory action of CBD appears to reduce heat and swelling around injury or disease which, in turn. would reduce pain.  It is suggested that a lack of endocannabinoids — neurotransmitters that bind to cannabinoid receptors — may be at the root of chronic pain syndromes, including migraines and fibromyalgia. Taking CBD may correct this deficiency, explaining the compound’s success in alleviating chronic pain.

Life altered dramatically for Fiona Henry (pictured above) when she started to experience symptoms of fibromyalgia. As her world was turned upside down in so many ways by this debilitating condition, and as she battled to get through each agonising day, she desperately sought help from anywhere she could find. Here, she shares her story; the struggles, the torment, the fears … and her gratitude for the eventual solace she discovered through taking CBD.

Before the onset of fibromyalgia, I was a fit person, always ‘on the go’, enjoying time at the gym and a keen runner, even participating in The Great Northern Run. 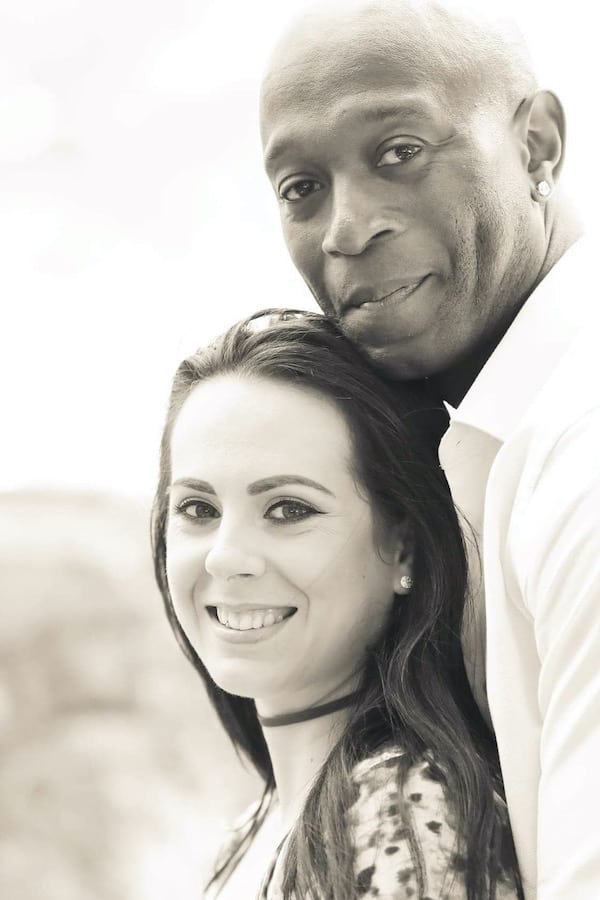 ‘It felt like I had cement running through my veins.’

My husband had to come and carry me out of work as I could no longer lift my arms and legs, and I couldn’t speak.

It felt like I had cement running through my veins and my eyelids felt like they had great big weights on them.

Once the illness took over, I initially endeavoured to continue with my career as a senior beauty therapist, trying to push through it, yet this only made the symptoms worse and eventually, when I was so fatigued that I couldn’t move, I was forced to give up the job I loved.

‘I felt as though I was trapped in my own body. It was terrifying and incredibly isolating.’

The loss of my career was devastating. The impact on my life was immense as everything I knew and looked forward to before now had to change.

My husband became my carer, something he had to deal with on top of working in two jobs, taking on all the roles that I had always managed, like food shopping, cleaning and cooking.

I couldn’t look after myself at all. At my worst, I was completely bed-bound, temporarily paralysed, unable to tolerate the smallest amount of noise and light.

I felt as though I was trapped in my own body. It was terrifying and incredibly isolating. 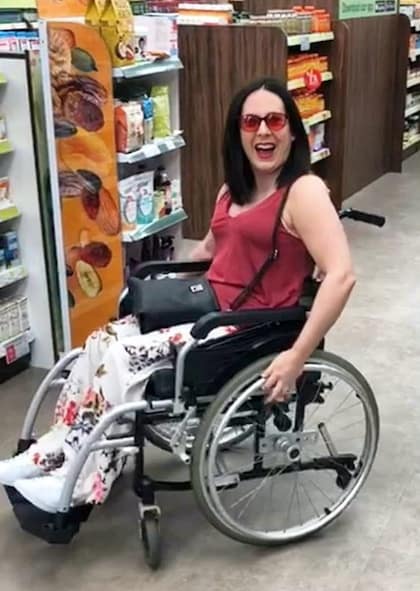 I could no longer go out dancing all night with my friends like I used to. I’ve gone from running half marathons to not being able to walk more than 100 yards, using a walking stick and recneeding a wheelchair to get around.

I have two toy poodles who are my life but the joyful walks together became a pleasure of the past. Instead, I would strive to just cross the road and sit on the bench so that I could watch them play.

I’ve always been the one busily looking after everyone else but now I had to rely on others for help, something that I struggled to adjust to and always found difficult to accept.

When I was finally diagnosed it was a sense of relief. I had known deep down that I had fibro for a while and this gave me the opportunity to be able to manage my symptoms properly.

I have to rest as much as possible, between little bouts of activity, conserving the energy that I do have for managing my symptoms and trying to get better.

I have learnt to listen to my body as trying to ignore it has only made things tougher. I am pacing myself and accepting this new norm, whilst still finding ways to enjoy myself.

After finding out that I had fibromyalgia, I joined a few support groups on Facebook and alternative therapies were often mentioned. Living with pain and fatigue is something I have sadly become accustomed to, and I was willing to try anything that might help me. I began to consider taking CBD.

Finding Hapi Hemp was a bizarre coincidence! My aunt was in Cambridgeshire visiting her son and his wife and through conversation, I discovered that she knew one of the Hapi Hemp business owners!. I couldn’t believe it, as I had literally been looking at their website for the past week! 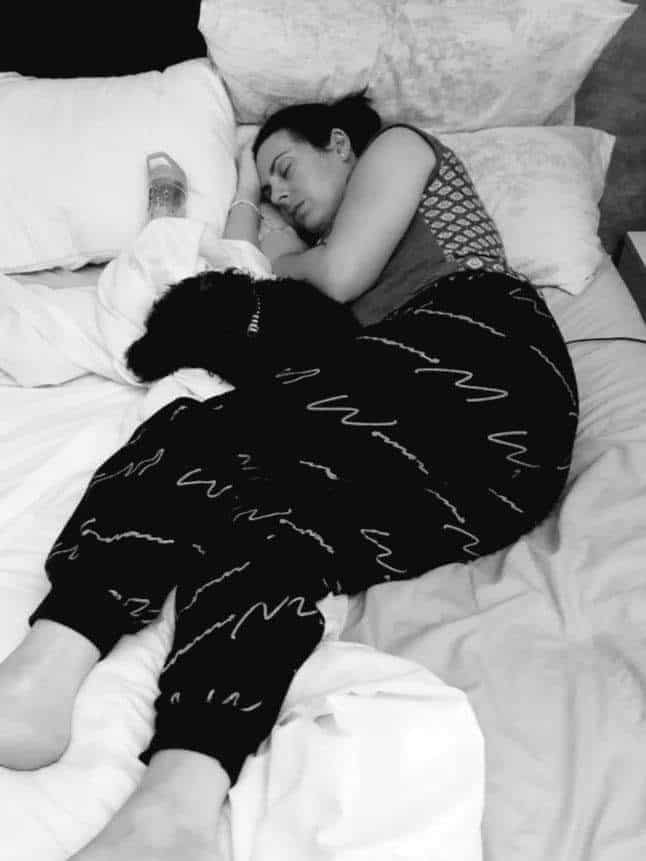 CBD changed everything for me. It is not a miracle cure but it really does make such a huge difference to my ability to manage the condition.

I have become a CBD fan in every which way – taking oral drops and drinking the CBD tea, I also use the CBD bath salts and massage oil. And the CBD roller goes everywhere with me!

CBD oil helps with every single symptom I have; I sleep better and wake up more refreshed. It eases my pains, gets rid of tinnitus, helps lessen migraine attacks, calms me down, and got rid of restless leg syndrome.

Overall, I would say that I just feel more alive! I really can’t imagine life without Hapi Hemp CBD Oil!

People Who Are Suicidal Don’t Want to Die, They Just Want the Pain to Stop

Daughters of Women With Fibromyalgia May Experience More Symptoms